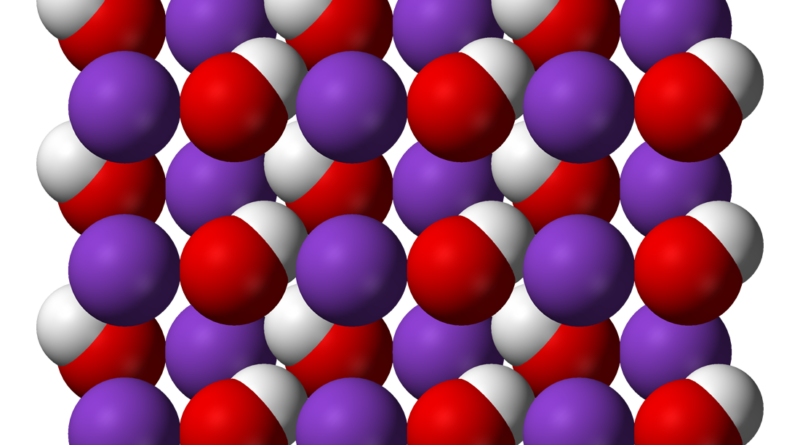 Potassium is the first element in the 4th period of the periodic table. It has an atomic mass of 39.098 atomic mass units and the letter ‘K’ represents it. Potassium is derived from a substance known as Potash. For hundreds of years, the element has been in use. Along with lithium, rubidium, sodium, caesium, and francium, it is an alkali metal.

Potassium is categorized into three isotopes: potassium-39, 40, and 41. Potassium-40 is a radioactive isotope that can be found in plants, rocks and animals. It’s being used to figure out how old something is. This potassium isotope degrades into isotopes of argon.

Some information about potassium is tabulated below.

Potassium permanganate is a chemical compound having oxidizing properties being used in a wide range of industries. This compound is also available for purchase commercially, mainly for medical uses. It comes in the form of powder, crystals and tablets.

The majority of potassium permanganate’s uses revolve around its oxidizing ability. It is also commonly used because no harmful by-products are produced.

Potassium iodide has the chemical formula KI and is an inorganic chemical compound. Potassium iodide is a metal-halide salt in which the K+ cation and I– anion form an ionic bond. It exists as powder, cubical crystals or white granules and is colourless to white. Potassium also has a saline, bitter taste.

A few uses of potassium iodide are listed below.

Potassium chloride is an ionic salt in which an alkali metal and a halogen together forms a bond. It has the chemical formula KCl and is made up of potassium cations and chloride anions in a 1:1 ratio. Potassium chloride has a colourless, crystalline form as well as an odourless smell. Potassium chloride can be readily dissolved in water in its solid form, yielding KCl solution.

Potassium chloride is used in a variety of medical and industrial applications. It’s also an essential feature of fertilizer manufacturing. The following are some of the most powerful applications for KCl.

A few uses of potassium bicarbonate are listed below.